Institutional Investor's Alpha ranked Tepper number one for earning a $2.2 billion paycheck in 2012, in 2013 he earned $3.5 billion.  David tends to run somewhat of a concentrated equity portfolio, as 6/30/2015 is top 10 stocks holdings accounted for 68.81% of his equity fund.

This morning David Tepper made a rare appearance on CNBC, he is always fun to watch and very informative.  We are not going to focus or even talk about his opinions in regards to the current market situation or what he thinks might happen.  Like everyone else, he is going to get some calls right, and he will get some wrong, and in between he could change his mind, without telling the world that he did.  I want to highlight a few market principles that I believe are more important than his thoughts about the current market situation.

Here are some insights from today's interview, I'm paraphrasing;

1. "We were involved in China.  I was reading the situation there wrong.  I thought they were easing when they were not easing, and I lost money in the Chinese market."  It doesn't matter how smart you are, how much money you manage, or what Ivy league school you went to, you are going to get some calls wrong.  Don't try to avoid the unavoidable. 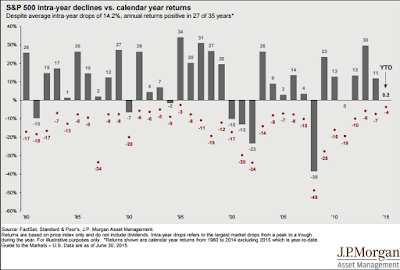 3. "If you are the average guy you will do well over time with the stock market". If your definition of the "stock market" is the SP500, then I agree with this statement.  Time is your best tool in the market. 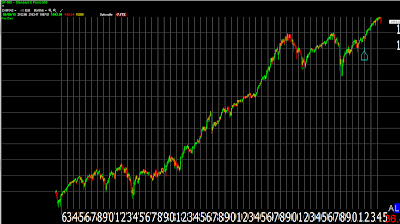 4. "I'm not real comfortable being short stocks because there is a bias that stocks will go up over time". If you change "short stocks" to short the market (SP500) then the statement is 100% true. Most stocks don't do well over time, the SP500 does.  “The Russell 3000 index measures the performance of the largest 3000 U.S. companies, 98% of the investable U.S. equity market.  40% of the stocks had a negative return over their lifetime, 20% of stocks lost nearly all of their value, 10% of stocks recorded huge wins over 500%.  80% of the gains are a function of 20% of the stocks. --The Ivy Portfolio

5. "Flat is not a bad place to be."  The market is not always black and white.  If you are not crazy about the long side that does not mean that you have to be short and vice versa.  Doing nothing sometimes is better than trying to pick a side.

6. "There is a time to make money and there is a time not to lose money".  80-20 rule, a bulk of your profits will come from 20% of your trades.  It also applies with time, a restaurant will probably lose money Sunday-Thursday and go into the black Friday and Saturday.