Is The End Near

Every year is different, the dynamics of the market are always changing. However, we can look at previous years and situations to get clues on how to go about what is going on currently. Today is not 1987, a day when the Dow Jones lost 20% plus for the day.  A better comparison might be 2010 and 2011, the latter to be more precise. 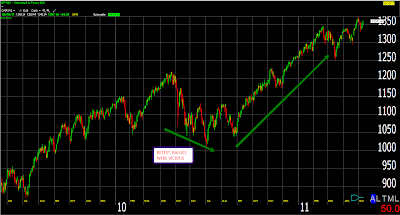 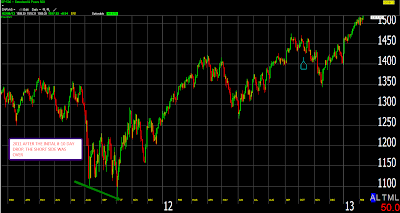 The amount of stocks above their 20-day moving average bottomed at 2% in 2011, today's reading ended at 6.51%. Low readings usually lead to short term bounces. Also, notice the higher high in October while the SP500 hit a new low. 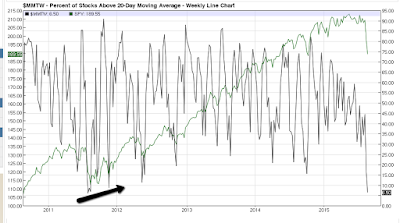