Recap Of The First Quarter

Depending on how you look at it, the 1st quarter was the most eventful and uneventful quarter in a while. The SP-500 lost -12.7% in the first 12 trading days.  Sentiment was dreadful; RBC Dain advised their clients to sell everything, Soc Gen--"75% decline isn't that crazy," George Soros hinted that it could be 2008 all over again.  On cue, the SP-500 rallied 7% in a few days just to lose -7% a week later that put the SP-500 down -12.8% by 2/11/16.  On 2/12, we embarked in another V-rally in which the market grinded higher for 25 days virtually without any down days.  These V-rallies have come immediately after steep pullbacks that were accompanied by "bad news", this combination makes it really hard for many to believe that it is sustainable.  Many finally capitulate weeks after, go long and strong, and suddenly point at the things that they consider bullish that can take the market even higher.  The funny thing is those things that they deem bullish were in place when the market was down 12%, specifically sentiment. 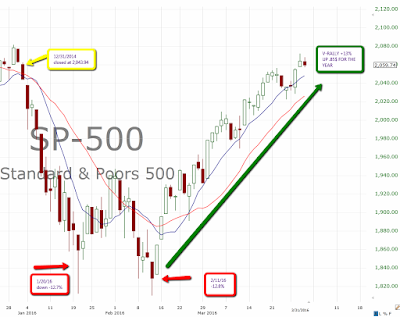 The previous V-rallies lasted roughly 26 days, generally by then is when we hear a ton of bullish things; "lockout rally, the wall of worry will fuel the rally further," etc. This could very well be the case, however, getting overly aggressively after 26 up days has not paid off. The one big difference that separates this V-rally from the others is breadth. Breadth was extremely strong; we have not seen such a broad participation in a long time; last year is was all about a handful of stocks (Facebook, Amazon, Netflix, Google) the current rally was led for the most part by the Russell 2000. One can make an adamant case that such strong breadth bodes well over the intermediate time frame, this is good for us.

Over the past 15-months, the SP-500 is flat; it has traveled 4,700 points to end up exactly where it started.  Sentiment has been predominantly bearish during, this time; this is normally considered a contrarian indicator with bullish implications, but an essential ingredient has been missing--optimism. The lack of optimism has been holding the market back; no one is excited.  At some point in the future, the wall of worry is going to be unwound, and that will have bullish implications.  As of now, bearish sentiment is something to keep in mind when the market is down huge as a bullish reason to do some buying.

The current election might be a small overhang for the market that will probably be felt in the summer months. 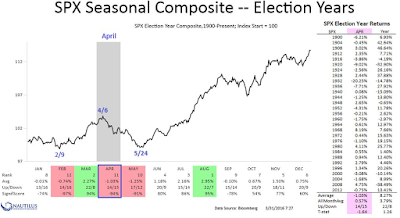 We have a plan in place for a few market scenarios. 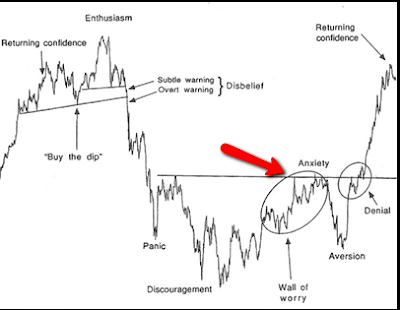 The information in this blog post represents my own opinions and does not contain a recommendation for any particular security or investment. I or my affiliates may hold positions or other interests in securities mentioned in the Blog, please see my Disclaimer page for my full disclaimer.